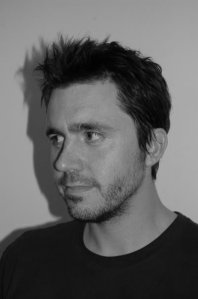 He started his career in London as a feature writer for The Sunday Express before moving to the Daily Star as technology editor. Alongside a two-year stint as a presenter and producer in TV, he freelanced for several outlets including Shortlist Magazine and The Independent.

Working in online video, he covered the 2006 World Cup in Germany, the 2010 World Cup in South Africa, the 2011 Conservative Political Action Conference (CPAC) in Washington D.C. and the 2011 Consumer Electronics Show (CES) in Las Vegas.

He spent a year at News International working on The Times iPad edition before moving to HuffPost for its U.K. launch in 2011 as deputy news editor.

In 2012 he covered the London Olympics for the newspaper’s international editions before moving to the New York office in the summer of 2013 to oversee daily coverage of that year’s Scottish independence referendum, the 2014 U.K. election and the 2015 Brexit vote as U.K. night editor.

He switched to the U.S. edition in 2016 as front page editor to work on the presidential race and the election of Donald Trump. He left the U.S. in 2017 and currently works as a contractor for VICE News and ITN, and is a visiting lecturer at Middlesex University in Dubai.